When a lamb is born, it does not yet have antibodies (read: resistance) in its blood. The antibodies come from one source: colostrum. It is important that colostrum contains as many antibodies as possible, because that increases the chance of sufficient absorption in the lamb's blood.

If the result of the lab is below the desired value, it is important to find out the cause and to solve this as soon as possible.

Too few antibodies in the blood means too low resistance. This makes lambs more susceptible to environmental pathogens. This can result in an increased mortality rate, weakness among the animals, respiratory problems and diarrhoea. Colostrum with a high level of antibodies and the correct work protocol (work frequently, quickly, often, hygienically) are the solution.

However, it is possible that a lamb does not absorb enough antibodies after being given colostrum. In that case, the transfer of antibodies from the colostrum to the blood has failed. This is then referred to as FPT: Failure of passive transfer.

Antibody transfer failure (FPT)
There are various factors that determine whether antibodies are absorbed into the blood in sufficient quantities. Below is a brief summary of some of these factors:

Colostrum quality
Colostrum must contain as many antibodies as possible and no other interfering components. Colostrum from one's own mother is always better, but it also has disadvantages such as very variable quality, available quantity and, last but not least, the risk of disease transmission.

Hygiene
Try to work as hygienically as possible, for example by washing your hands regularly. Even better would be to wear disposable gloves. At birth, ensure that the mother animal is lying in clean straw, the lambs must not come into contact with the manure. The chance of contamination from the environment could be reduced by letting the mother animal lamb in clean straw. If the lambs do not come into contact with the manure, the risk of infection with paratuberculosis, for example, is reduced.

Hygiene is also important when preparing the colostrum and storing the colostrum. Always use clean and cleaned material and make enough colostrum for the number of lambs you need it for. Prepared colostrum can be stored, but there is always unwanted growth of bacteria.

Quantity
A lamb should always absorb sufficient antibodies. The amount of colostrum or artificial colostrum depends on the amount of antibodies in the (artificial) colostrum. Each colostrum substitute has its own prescribed amount. As far as CapraCol® is concerned, 50 grams of powder (economic), but even better 75 grams (optimal), is enough to achieve a sufficient passive transfer of the antibodies. Choose the free poster with a nutrition plan when you order!

As far as the FPT is concerned, there are many other factors to mention and every kid is different and every company is different. The above five points form the basis of good colostrum management. Do you have questions about it or do you want to make an addition? Feel free to call us on 0031 73 737 0129. 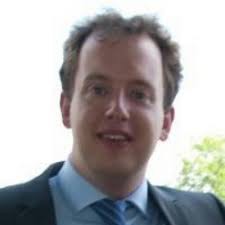